I visited my elderly parents today for Sunday dinner. As I drove up to their house a Garda car was parked at a neighbours. I asked my parents did they know it was there and had there been any trouble. Just then the neighbour called enquiring had they heard anything last night. Turns out two vehicles had been broken into. One was a van and it seems like the thieves were after power tools. The other was an ordinary car. The guards were called and it took them an hour to get there. I wondered about that. There is no longer a full-time Garda presence in our town. Cut backs! I live in the midlands and in one hour the thieves could easily have escaped to almost any corner of Ireland.
My mother tells me that when she was growing up there were five Garda stationed in the town. Since then the town has quadrupled in size and now there are no Gardai.
We are told by the government that crime is down, that there are no need for extra Gardai. Certainly crime may be down in Leinster House but out and around the country there is no law. Criminals know that there is a lack of policing. I don't blame the guards for this. They are doing the best they can with scarce resources. Even when they do manage to apprehend the criminal the judicial system will hand down too lenient sentences or reduce the sentences on appeal. And who thought up the idea of sentences running 'concurrently'? What sort of a maniac was he? Who's interest is best served by this? Certainly not the public. But we elect these idiots. We allow them to be our legislators. We are told they receive such generous salaries because they are top class! Really? Please!
You only have to become popular to be elected a politician.you have to be more qualified to apply for the dole than to become a politician. Indeed to qualify as a public representive in this country you only need to be one or more of the list below.
a.Own a pub
b.Be a member of a GAA club
c.Be the idiot smiling and nodding at funerals
The last crowd that vacated the Dail ,after bankrupting the country, left with generous pensions that they didn't have to contribute to in any way. We're constantly told by the establishment that we are paying for the high caliber politician. If these are high caliber then I suggest that we let idiots run the country. Let me finish by quoting from today's Irish Times.

Irish Times 23 June 2013
Taoiseach Enda Kenny, Government Ministers, TDs and Senators – even after modest salary cuts last year – are not just well paid. They are better paid than many others in society, whatever benchmark is used: national or international. Mr Kenny, with a salary of €200,000, earns more than British prime minister David Cameron, and Dáil deputies receive substantially more than their peers at Westminster or in Europe. The contrast in pay levels is striking, given the difference in population size of Ireland and Britain and the administrative responsibilities of their respective governments. But, given the weak and hugely over-indebted state of the Irish economy, in receipt of a €67 billion international bailout, the pay differential is impossible to justify.

While politicians might try to justify their pay( never mind their expenses) I'll simply end the argument with.
"Don't they know that' there's a recession on? We,the tax payer,can't afford to pay ye. I'm afraid we'll have to let you go! You're fired!"

Popular posts from this blog 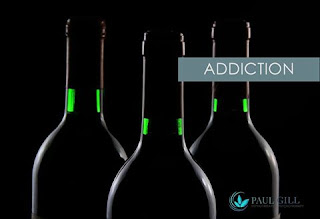 I was listening to the radio recently and I heard an email from a listener. The person described themselves as a "functioning alcoholic". The didn't seem to label themselves as just an "alcholic". They thought because they were going about their daily business they were "functioning". The person convinced themselves because of all the stuff they did daily it wasn't affecting them. For someone that's alcohol dependent they see their world quite literally through rose tinted glasses. The don't know or see what their work colleagues, partner or even children see.

The person went on to explain they didn't always have a drink in the morning but wouldn't go pass lunch without drink and that would continue all afternoon. The mentioned that the house couldn't be without drink. It was quite a long email and throughout the email the wording "I NEED" was said over and over.

Consciousness is but the tip of the ice berg. 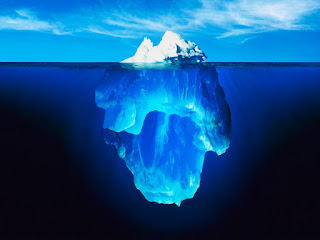 Consciousness is but the tip of the ice berg.

Your mind works on numerous levels. But there are two levels that many of you will be familiar with, namely the 'conscious' and the 'subconscious.'The conscious is that part of your mind that awakens up when your body wakes up in the morning. It makes most of your daily decisions, such as what you will have for breakfast and who you will speak to over the course of your day, etc. It's the part of your mind that likes to think that it is in control. But there is a deeper mind, the subconscious, which makes all of your automated decisions. You don't have to relearn how to walk each morning or how to drive your car, your subconscious does that for you. It is the part of your mind that shapes your attitude to life; it is highly emotional charged and remembers everything. Therefore your subconscious is your greater mind. It actually runs all of your life systems be they physical or mental.
So when you cons…
Read more
May 28, 2013
Coaching through dreams is a remarkable new form of coaching developed by Paul Gill. It involves monitoring and recording your dreams over a specific time period and then working through the information provided in those dreams with Paul Gill Dream Coach. I will take you through your dreams helping you decipher the hidden information and challenge you on how to use that to resolve a problem/ achieve the goal that you want. The dream will contain embedded information and clues as to what the current situation is. Then as we progress through the coaching program I will program your mind through hypnosis to come up a solution in the form of a hypnotic dream. The beauty of this is that dreams come form the subconscious part of the mind which sees things in a very different light to the conscious mind. Psychologists believe that the subconscious accounts for up to two thirds of all mental activity. So it can be said to be your 'greater mind'. It will highlight issues and make a pr…
Read more