Showing posts from 2013
Show all

How to interpret a dream link:http://socialmediabar.com/how-tointerpretdream

June 23, 2013
I visited my elderly parents today for Sunday dinner. As I drove up to their house a Garda car was parked at a neighbours. I asked my parents did they know it was there and had there been any trouble. Just then the neighbour called enquiring had they heard anything last night. Turns out two vehicles had been broken into. One was a van and it seems like the thieves were after power tools. The other was an ordinary car. The guards were called and it took them an hour to get there. I wondered about that. There is no longer a full-time Garda presence in our town. Cut backs! I live in the midlands and in one hour the thieves could easily have escaped to almost any corner of Ireland.
My mother tells me that when she was growing up there were five Garda stationed in the town. Since then the town has quadrupled in size and now there are no Gardai.
We are told by the government that crime is down, that there are no need for extra Gardai. Certainly crime may be down in Leinster House but out and …
Post a Comment
Read more
May 28, 2013
Coaching through dreams is a remarkable new form of coaching developed by Paul Gill. It involves monitoring and recording your dreams over a specific time period and then working through the information provided in those dreams with Paul Gill Dream Coach. I will take you through your dreams helping you decipher the hidden information and challenge you on how to use that to resolve a problem/ achieve the goal that you want. The dream will contain embedded information and clues as to what the current situation is. Then as we progress through the coaching program I will program your mind through hypnosis to come up a solution in the form of a hypnotic dream. The beauty of this is that dreams come form the subconscious part of the mind which sees things in a very different light to the conscious mind. Psychologists believe that the subconscious accounts for up to two thirds of all mental activity. So it can be said to be your 'greater mind'. It will highlight issues and make a pr…
Post a Comment
Read more

Give up Smoking using Hypnotherapy 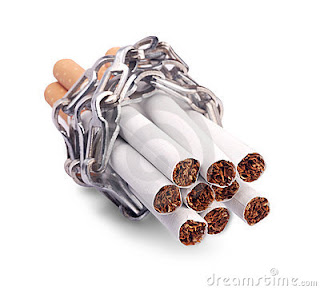 Give up Smoking using Hypnotherapy Ash Wednesdsay is the  most popular time for giving up smoking.
Most people who give up cigarettes on that day are not successful.
They go through hell using will-power trying to distract themselves
from the fact that they feel deprived and unable to function without
cigarettes. Eventually after a few days they give in, feeling resigned
to the fact that they are addicted for the time being or at least until
next New Years' Eve. The reason it's so hard is because of the way the human mind works.
The mind works on a conscious level and a subconscious level. At a
conscious level the mind makes a decision to give up smoking, but
the subconscious still continues to do its job and run the habit. The
mind works on many levels but for simplicity sake let's say two levels,
namely the Conscious and the Subconscious. The conscious is the
part of your mind you use mostly during the day. You make conscious
decisions with it, use i…
6 comments
Read more
More posts